The amount of HIV-infected people in China has been increasing since the first case was reported in 1985. According to the latest HIV/AIDS statistics in Mainland China issued by National Center for AIDS/STD Control and Prevention of China CDC (NCAIDS), the number of People Living with HIV (PLHIV) accounts for around 0.055% of the total population, which means that there might be 5.5 infected persons among every 10,000 persons. Till the end of December 2017, it was reported that the total number of PLHIV was 758,610, and that of the dead was 239,000. The HIV/AIDS epidemic keeps a trend of low incidence, though, it gets much more common among a certain group of people, and some areas have severe epidemic.

The government of China set about dealing with the epidemic since 2003. Besides making new prevention schemes and long-term plans for AIDS control, it disbursed much more resources to support the prevention and treatment of AIDS, and became much accepting towards overseas volunteer groups. Since December, 2003, the “Four Frees and One Care” policy was started to provide free drug treatment, consultation services and HIV antibody tests for PLHIV. Additionally, the expectant mothers infected are given proper drug treatment and examination, and the orphans of AIDS patients are provided with compulsory education for free. At the same time, though various domestic and foreign institutions have input many resources, the prevention and treatment of AIDS in China still have a long way to go, and continuous efforts and assistances are still in need.

Since the establishment in 1991, Hong Kong AIDS Foundation has been actively engaged in the promotion of AIDS education to enhance public awareness of the HIV/AIDS epidemic. We believe that, AIDS is an international issue, and no one can be separated. Therefore, we should cooperate with different regions around the world and exchange experience with them, so as to face the challenge together. With such conviction, the Foundation participates in many large international conferences and working teams to strengthen the communication and cooperation with the world in the aspect of AIDS knowledge and work.

As Chinese, we will certainly not stay out of the work of AIDS prevention and treatment. We believe, meanwhile, only through cooperation and communication can we finally stop the spread of AIDS in China. So since 1996, we have engaged in the anti-AIDS work in China, and initiated the “China Project” to promote the prevention and treatment of AIDS. 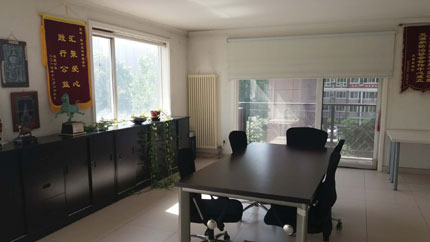 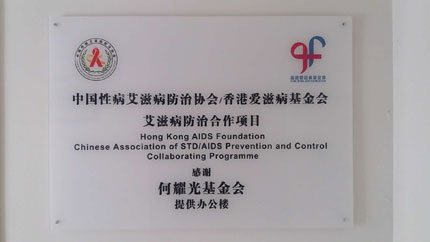